Upgrading an older Release 9 installation? Installing a Release 9 build from this page automatically upgrades your legacy Release 9 serial number to use the modern, improved activation system. See the New Activation page for how that works.

Release 9 Edge is the latest build, in a portable installation. See the Changes and Additions topic for new features.

Watch tutorial videos for a fast start. Videos may need updating given the latest changes in 9, but will help anyway:

Download the project used in the above videos: OSM_Venice.mxb (117338KB). Jump to the Examples section below for additional sample projects. Open a sample project to play around with Manifold features.

To update Release 9 to the latest release, download and install the latest Edge build or, for Windows Installer users, the latest Base build. Activation status will be preserved.

Cutting Edge or Base ?

Manifold evolves very rapidly. Most people always want the latest version, while others prefer to update less frequently. To meet both needs, Manifold provides both newer (Edge) and older (Base) installations.

Starting at a given Base level, each new Edge build adds more and more capabilities. After two or three months of Edge builds, Manifold updates the current Base build to incorporate new Edge features, and then the cycle starts over with a new series of Edge builds. Each Edge build is a full, standalone build, with no need to install the prior Base build to get the full package with all of the latest features.

Unsure which to choose? You can download and use both an Edge build and a Base build. Edge builds are portable installations, so they happily co-exist with Base builds that use Windows Installer.

Available options are the ui.zip localization file for other languages, the enhanced NADCON5 grids.dat data file, DLLs for open source databases, IronPython, and various example files, which may be downloaded from links below on this page.

Get DLLs for PostgreSQL/PostGIS, MySQL, and Esri Mobile Geodatabases.

Approximately 54 MB. This is the current, Base Release 9 build in a portable installation, that includes both 64-bit and 32-bit executables. This installation includes all Manifold features but does not include optional, third-party software to provide IronPython scripting, and to connect to MySQL and PostgreSQL/PostGIS. It does not include the approx 233 MB grids.dat data file containing high-accuracy transformation grids for countries that use grid transformation. The grids.dat data file, database drivers, and IronPython may be downloaded separately for users who desire those. The Base Plus zip file below provides all of those items within the zip package.

After this Base build 177, future Base builds will no longer include 32-bit executables. Download and save this 32-bit Base build for future use if you cannot upgrade to 64-bit Windows.

Approximately 450 MB. The Base Plus zip file is the current, Base Release 9 build plus optional, third-party software that provides IronPython scripting and MySQL, PostgreSQL/PostGIS, and SQLite drivers for ESRI ST_GEOMETRY within SQLite databases. It also includes the full 233 MB grids.dat data file with hundreds of grids used in NADCON (USA), HARN NADCON and NTv2 grid transformations for Australia, Austria, Brazil, Canada, France, Germany, Ireland, Japan, Netherlands, New Zealand, Portugal, Spain, Switzerland, and the UK. Download this file if you require those transformations or if you will be working with MySQL or PostgreSQL/PostGIS.

After this Base build 177, future Base builds will no longer include 32-bit executables. Download and save this 32-bit Base build for future use if you cannot upgrade to 64-bit Windows.

All Manifold Release 9 documentation is online. Visit the Release 9 User Manual for detailed information on every aspect of Release 9 and Viewer. Hundreds of examples, including hundreds of lavishly-illustrated, step-by-step examples, show how to use Manifold.

Localization Files - Use Your Language

ui.zip - Click on the link to download a zip file containing user interface localization files for Arabic, Bengali, Chinese (simplified, Mandarin), Dutch, Estonian, Filipino (Tagalog), French, German, Hindi, Japanese, Portuguese, Russian, Spanish, and Turkish languages. See the Localization page for instructions on how to use these files and how to create your own localization file for a new language. ﻿

By default, Manifold uses Microsoft facilities built into Windows to connect to Office format files such as .db, .html. .mdb, .xls, and .wkx, together with newer Office formats such as .xlsx and .accdb. The same facilities are used to connect to any other use of Access .mdb format, for example, in ESRI's personal geodatabase format using .mdb, or legacy Manifold mfd/mdb format as used in early Manifold releases. 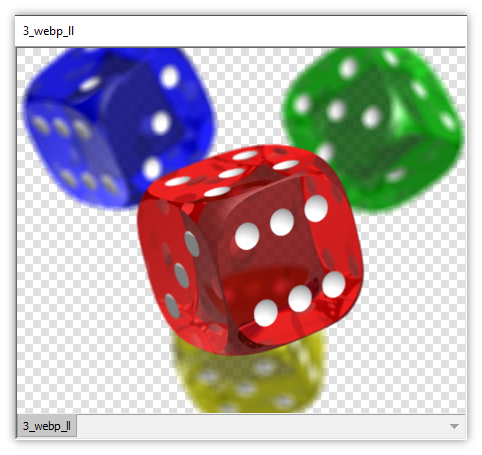 Manifold Release 9 and Manifold Viewer include built-in support for GPKG and SQLite using GPKG-style spatial data, RTREE indexes, JSON and GeoPoly. No need to download or install anything extra to read/write GPKG or most SQLite databases.

The SQLite DLL provided is an ESRI package that adds allows connection to Esri mobile geodatabases, which are stored within SpatiaLite files.

The MySQL and PostgreSQL DLLs provided allow connection to MySQL databases and to PostgreSQL/PostGIS databases.

The MySQL and PostgreSQL/PostGIS are third party, open source DBMS packages which require installation of necessary files within the execution PATH of your system. If you are an expert user of MySQL or PostgreSQL/PostGIS you know the drill and have already installed all necessary DLLs. For everyone else, Manifold provides the following sample collections of DLLs for these packages:

The easiest way to install these for use with Release 9, or Viewer is to unzip the appropriate package within the Manifold or Viewer installation folder. When working with older versions of Manifold that provide both 64-bit and 32-bit executables, unzip the appropriate package within the bin or the bin64 folder of the Manifold installation folder: Unzip open_source_db_64.zip within the bin64 folder and unzip open_source_db_32.zip within the bin folder. That creates an opt subfolder which contains the various DLLs.

The above packages of DLLs are not supported, but they are recommended for use with Release 9 and Viewer. They are the same packages provided in the Base Plus installation zipfile for Release 9.

Images at right: Google .webp examples imaged in Viewer, without white background layer and farther down on this page with white background, to demonstrate the .webp format's alpha channel transparency capability.

Of the ten programming languages suppored for programming in Manifold, five languages are built into Manifold and are always available without requiring any additional installation: C#, JScript, JScript.NET, VB.NET, and VBScript. In addition, IronPython and IronRuby are automatically supported by the Command Window when installed. The following zip file provides IronPython for Manifold:

The easiest way to install IronPython for use with Release 9 is to unzip ironpython-2.7.9-net45.zip within the extras folder of the Manifold installation folder.

IronPython is an open source package that is not supported by tech support, but the above installation is recommended for use with Release 9. This is the same package provided in the Base Plus installation zipfile for Manifold Release 9.

When re-projecting a component, Manifold can use high-accuracy conversions that utilize transformation grids for certain regions. Most users will re-project components using default conversions, and thus do not need the grids.dat file. Those users who want to use transformation grids can download and install the grids.dat file, and then the conversion options to use those grids automatically will become available for those coordinate conversions that use them. The grids.dat file is 379 MB and contains in compressed form hundreds of grids enumerated in EPSG, including NADCON5 grids as well as traditional NADCON and HARN NADCON (USA), and NTv2 grids for Australia, Austria, Brazil, Canada, France, Germany, Ireland, Japan, Netherlands, New Zealand, Portugal, Spain, Switzerland, and the UK.

This is the same grids.dat file provided in the Base Plus installation zipfile for Manifold Release 9. 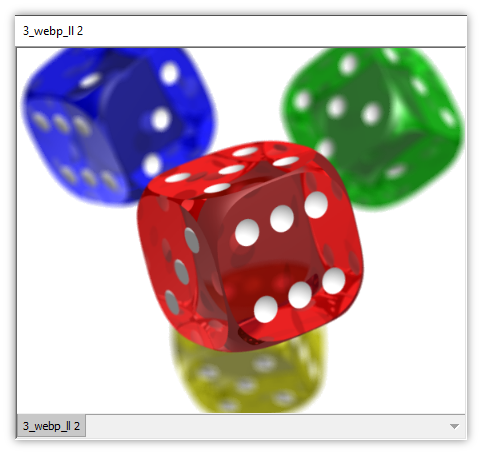 Worried about viruses? Got a false alarm from an anti-virus package? Use SHA checksums to put your mind at ease by confirming you have a installation package for Release 9 or Release 8.

Release 9 installation packages do contain malware. Use the SHA checksum provided for each download package to confirm your installation package has not been infected and contains no malware. Normally, there is no need to do that unless your anti-virus program reports a problem. Anti-virus programs often report false alarms on perfectly-clean, virus-free files. False alarms are easy to check.

Windows 10 and other recent Windows editions include the command line utility that will verify the SHA256 checksum for a file. To use open a Command Prompt window and navigate to the folder where the file to be checked is located. Enter the following command line, for example, to check the 32-bit Release 9 installation package:

The utility will provide a computed SHA256 hash code (another name for checksum) for the file:

Compare the SHA256 checksum reported by the utility to the checksum published on this page, ignoring spaces. If they are the same, you know for sure the file you have downloaded is safe.

The free downloads on this page are provided without technical support. Some downloads are large and require reliable Internet connections. Downloads are provided for those folks who have sufficiently reliable Internet connections and who have the minimal technical skills required to use their browsers to download a file, to unzip a zipfile, install a .msi file, etc., without assistance. If you require assistance, please ask a more technical colleague for help, retain a consultant, or contact Manifold Technical Support using a standard tech support token as set forth in the Contacting Tech Support page.

How to Buy Technical Support Services

Please carefully read the Contacting Technical Support page for complete information on contacting technical support. Support inquiries sent to sales will not only delay a fast and effective solution, they will also waste support tokens. 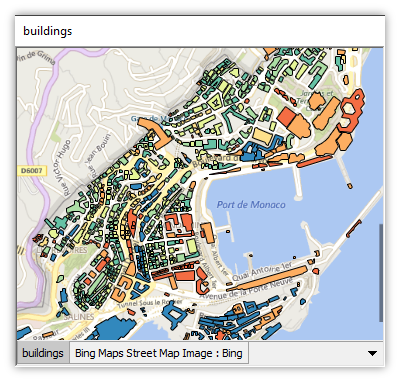 Vector drawing of buildings in Monaco extracted from OpenStreetMap and displayed as a drawing in Manifold Release 9, automatically colored by Manifold using a ColorBrewer palette, with with a background layer from Bing to provide context. Maps, images and drawings can have multiple layers in Manifold Release 9.